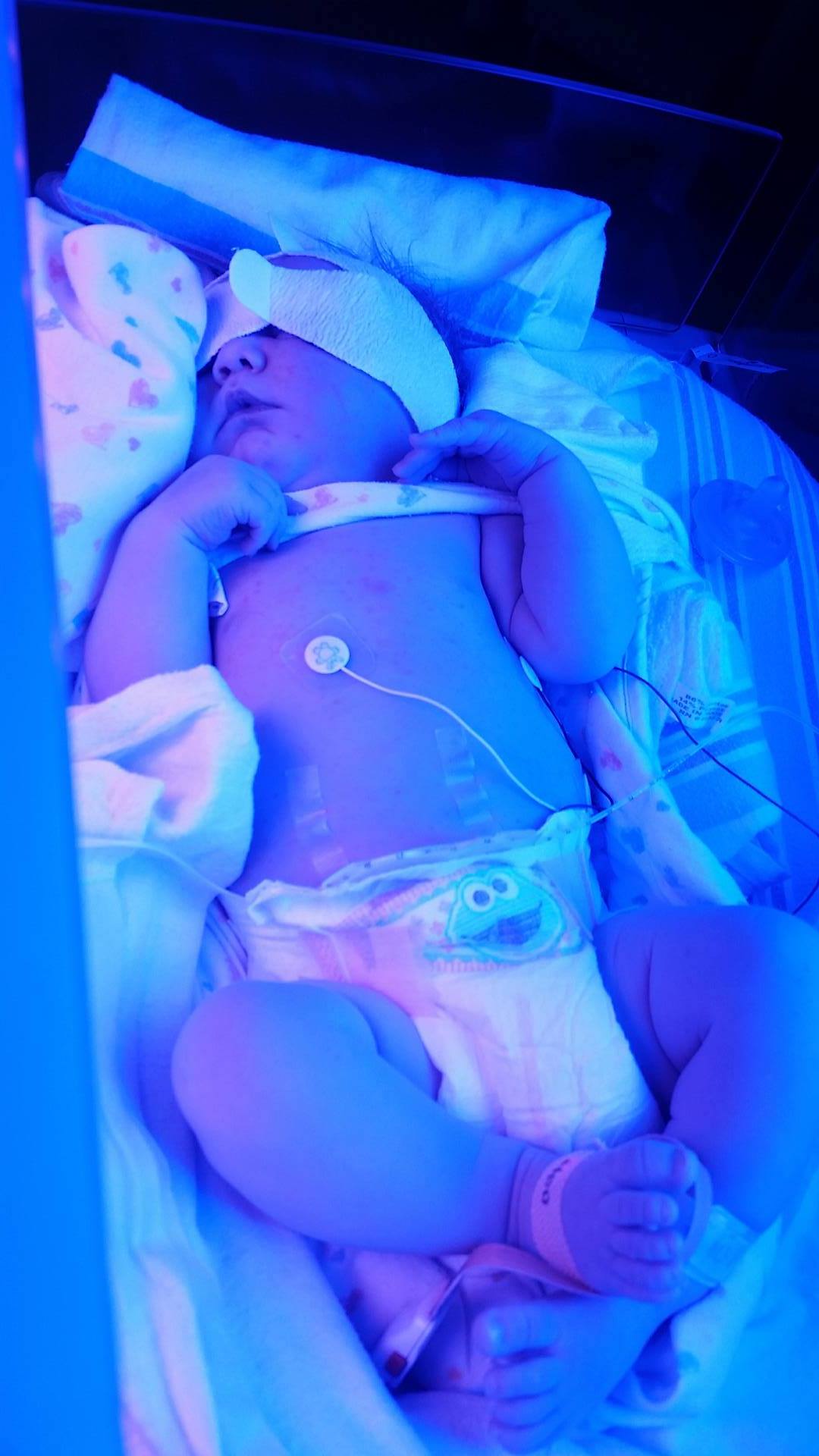 When Kyle and I had Lilly, they did her bilirubin test at 15 hours old. They normally do the rest around 24 hours old for a baby, but Lilly was looking very yellow so they moved hers up. For a baby that is 24 hours old, the results shouldn’t be a 5 or higher, but hers was a 26. So she needed to be seen right away.

I delivered her in the Newark hospital, so we stayed there for a couple of hours because they were trying to do everything they could before they transferred her to Rochester. They had her underneath the lights and were getting the tubes ready for the blood transfusion. When we finally got the ambulance, Lilly had to go in a separate one because she had doctors, nurses and EMTS filling hers.

She had the blood transfusion starting at 11am, but we couldn’t see her until 5am. After the procedure, she spent six or seven nights in the NICU. I was able to spend two of those nights in the hospital because I was still post-partum and they needed to keep checking on me. However, after two nights, I was transferred over to RMHC.

When we arrived at RMHC, the woman greeted us with open arms and was so friendly. She answered every question we could think of and showed us where everything was located in the House. My first impression of the House was how beautiful and big it was. I had heard of RMHC before because a couple of my friends had used other houses, but going into it, I didn’t know what to think. However, when I arrived, I said “Wow, this is amazing.”

I stayed at RMHC for two days with my mother, since my boyfriend had to travel back home to go to work. There was one day that we had just gotten back from the hospital and we were sitting down watching TV and I was upset. My mom left to go get a drink and ran into one of the volunteers. They ended up talking for a long time—I wondered where she had gone. He made her feel really welcome, answering all her questions and telling her about all of RMHC’s programs.

If I had to describe RMHC in one word, I would choose peaceful. It means a lot to us because being there, we saw other families and it really hit home how helpful RMHC is to everybody. I really appreciate the laundry room because I was away from home for a few days and had nowhere to do my laundry. We were supposed to pay for the two nights we stayed, but they wouldn’t let us because they knew we were going through something really hard. We really appreciated it.

Today, Lilly is growing like a weed! She just turned 4 months old and she is over 16 pounds and 28 inches long—she is very tall. She is just the best baby. 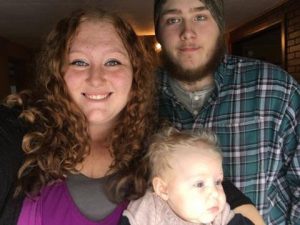